Skip to content
Come with me on the trail. It’s Friday, and I got notions swimming around in my noggin I just gotta share.
When I ramble my wooded hills sometimes there is snow. And I am amazed by the evidence snow reveals about the other creatures who share the trail. Deer and rabbits, coyotes and possum, bobcat and porcupine. And those that make me glad I carry a pistol, black bear and cougar.
They’ll appear and I can track them awhile and wonder what they were up to before I lose their sign and their tracks disappear completely back into the wooded darkness. 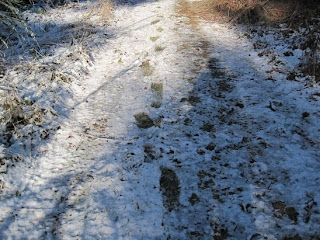 On this day when I started out I knew that Joe and his pony had passed through. There was no mistaking the hoof prints. Intuitively like an ol’ hound dog after raccoon my tracking instincts ramped into high gear as I followed the same path. Except my nose wasn’t on the ground so you can scratch that image. But my beady eye dingo Jack’s was. And I watched him closely for more hints in tracking horse and rider. 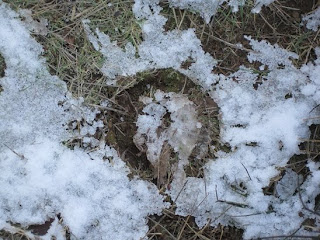 I concluded that this pony was shod like Joe’s pony usually is. There were dog tracks too running alongside weaving in and out of the pony tracks. Just one set, one dog, probably Joe’s pup Mike.
Are we having fun yet? Oh c’mon, we’re almost there.
I knew I wouldn’t see Joe that day you know why? Because Jack revels in sniffing fresh hoof tracks taking in the delicious scents of a neighboring barn and pasture. And he wasn’t doing that this time. These tracks were probably yesterday’s with their fresh smells hidden in the frozen earth. Every few steps I found frozen hoof popcicles. The snow freezes instantly to the cold steel horse shoes and then packs until it either pops out on it’s own or causes discomfort and interferes with the pony’s gait forcing cowboy Joe to dismount frequently to assist in popping the hunk of ice out of the hoof. 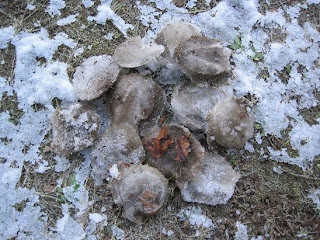 Enough of that behavior as my booty reveals would pert near make a sweet little ride turn sour. 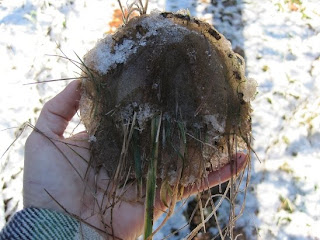 I know that Joe’s pony is a bay colored quarterhorse with fine agile legs and hooves. I didn’t know until then that one of his hooves fits nicely into my cottage woman sized hand.
I think it’s a rear hoof too. I made that conclusion after playing around with my collection of frozen hoof popcicles. 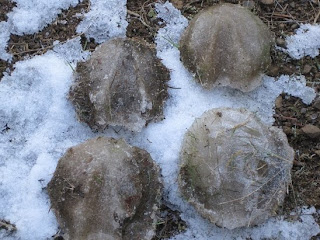 And then that’s where I bid the mob g’day. 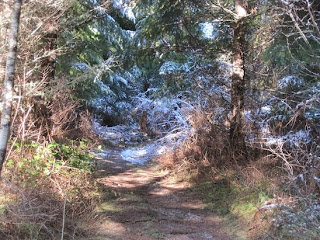 Their tracks diverted up this little trail to the left into the woods instead of forward down a very snowy decline. I can only guess that Joe and pony had their fill of icy hooves and called it a day. And so must I. 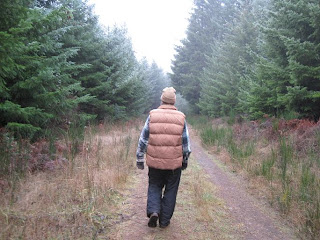 One thought on “Tracking Joe”